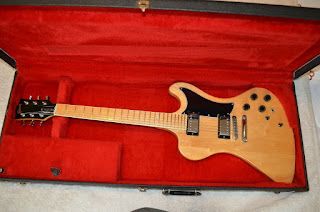 As we have discussed previously, in the 1970s, the big guitar manufacturers were pretty much taken over by large corporations. In the late 60s, CBS took over Fender. Gibson was acquired by a huge conglomerate named Norlin. (Along with Gibson, Norlin also took over Moog synthesizers). These corporations tried to apply large-scale manufacturing techniques and efficiencies to guitar construction. After all, as they figured, a guitar is just a piece of wood, like furniture. It should be easy to be able to increase production and profitability.

During the Norlin era of Gibson, quality control generally took a dive because of cost-cutting measures. These guitars are collectible today because they were made a half-century ago, but at the time, guitar players didn't particularly think these guitars were as good as those from the 1950s and 1960s. At the time, a Les Paul Custom would set you back about $600 plus another $95 for the case. That's almost unimaginable today, but at a time when minimum wage was only about $3.00 an hour, it was still a substantial cost. 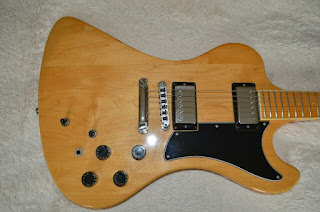 Norlin-owned Gibson tried to innovate and come up with some new models to appeal to customers and cut into Fender's market share. In the mid-1970s, the S-1, the Marauder, and the L6-S joined the Gibson lineup. These guitars featured electronics designed by pickup genius Bill Lawrence that expanded Gibson's tonal range. Some of these models featured maple fingerboards, like you would find on a Telecaster or Stratocaster.

In 1977, Norlin paired Gibson with Moog electronics to create the radical RD line. The RD Artist was the top guitar in this series. It featured a dramatic, new body shape, a 25.5 inch scale length (like a Strat), a maple or ebony fingerboard, and active electronics. The electronics, powered by a 9-volt battery, featured a compressor and expander circuit, in addition to active volume and tone controls.  With a solid maple body, pretty substantial in size, this guitar was a pretty heavy one. 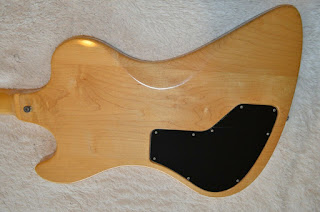 The construction quality was very good for the Norlin era, but guitar players are an odd bunch. Rock guitarists will dress up in crazy clothes, wear wild hair styles, and perform over-the-top music, but they tend to be pretty traditional when it comes to their instruments. The RD Artist really didn't sell very well. Although bass players have adopted active electronics, guitar players tend to find it rather harsh to the ears. Essentially, Gibson had created its own version of Ovation's Deacon and Breadwinner. A high-quality guitar with a weird body shape and active electronics that didn't sound like anything else on the market. Nevertheless, these guitars were well-made and could sound very good through today's modern processors and pedals. If you're looking for something different, this could be just the thing for you. New, these guitars sold for just under a thousand. Today, you'll find them on eBay going for $2,500 to $3,500.