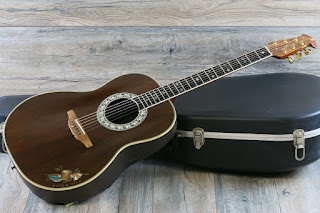 It was dangerous for me in high school. I was a 17 year-old guitarist with established credit at the local music store. Over the years I was in high school, I bought several guitars from a small, family-run music store in Southeast Alaska. A few of them I had bought on time and I faithfully paid them off. This meant that I could pretty much walk into the store, buy any instrument hanging on the wall, and walk out with it after putting down perhaps ten percent on it as a down payment.
One evening during the school year, I had just returned home from a band practice when the family phone rang. Remember, this was 1976, the phone was on the wall in the kitchen with a long cord. My mom handed the phone to me with a quizzical look because she didn't recognize the adult's voice on the other end of the call. It was the manager of the music store. He told me they had just gotten in a brand new guitar and that I had to come see it right then. It was a collectible guitar and they would only get one of them. If I wanted it, I had to come see it then, because it would be gone by tomorrow. 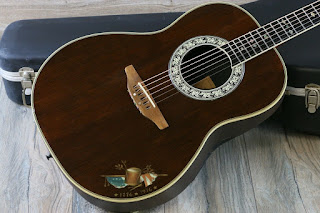 I felt quite honored to get such VIP treatment and I hurried down to the shop. When I arrived, they showed me the instrument you see here. A 1976 American Bicentennial Ovation Collector's Edition guitar. I believe, if memory doesn't fail me, this was the first of their "Collector's Edition" instruments. The year 1976 was the 200th anniversary of the United States and many commemorative products were made that year. The Ovation you see here is number 770 of a total of 1776 guitars built in this limited edition.
The Bicentennial Ovation was essentially a Custom Legend model with a special brown finish that looked kind of like a rustic New England barn. At least that was the vibe I got from it. It had a hand-painted graphic on the lower bout showing a drum and the Betsy Ross flag, with the dates 1776-1976 on it. The guitar had deluxe, diamond-shaped abalone inlays in the ebony fingerboard, and gold tuners. The neck and body were the same as the stock Custom Legend models. The multi-ply body bindings, bound fingerboard, and distinctive Ovation headstock were also borrowed from the Custom Legend. The neck is the five-ply mahogany/maple sandwich that made it stable as a rock. The ebony on Ovation guitars is polished and luxurious to play. The frets on this model are factory-perfect with low action. This example does not have the famed Ovation pickup system and is therefore an acoustic-only instrument. The guitar also includes the hardshell molded case that, if upscaled, could solve the problem of homelessness in America. Seriously, this case is indestructible. 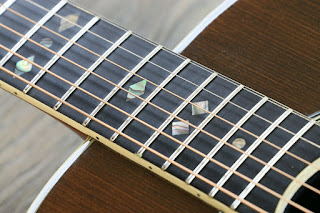 I recall playing the instrument even four decades later. The notes seemed to jump out of it with the lightest touch, as if the guitar was alive. Crisp, deep basses. Lyrical trebles. Strong midrange. It was about as perfect a guitar as you could ever want. For me, I had to pass on it because I had just bought an Ovation acoustic a few months before and I was still paying it off. The price of the instrument was (also if I recall correctly) was also $1776, more than I could justify spending to my mom and dad! I still regret not buying it to this day. It's one of many that I let get away. However, if you're in the market for a wonderful, collectible instrument, you have three of them on eBay today! 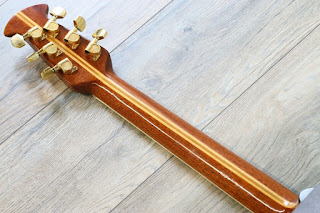 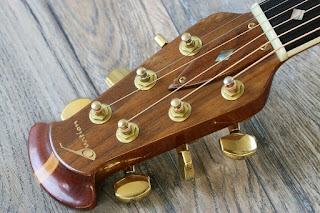